What’s Inside The Insane New Starship? 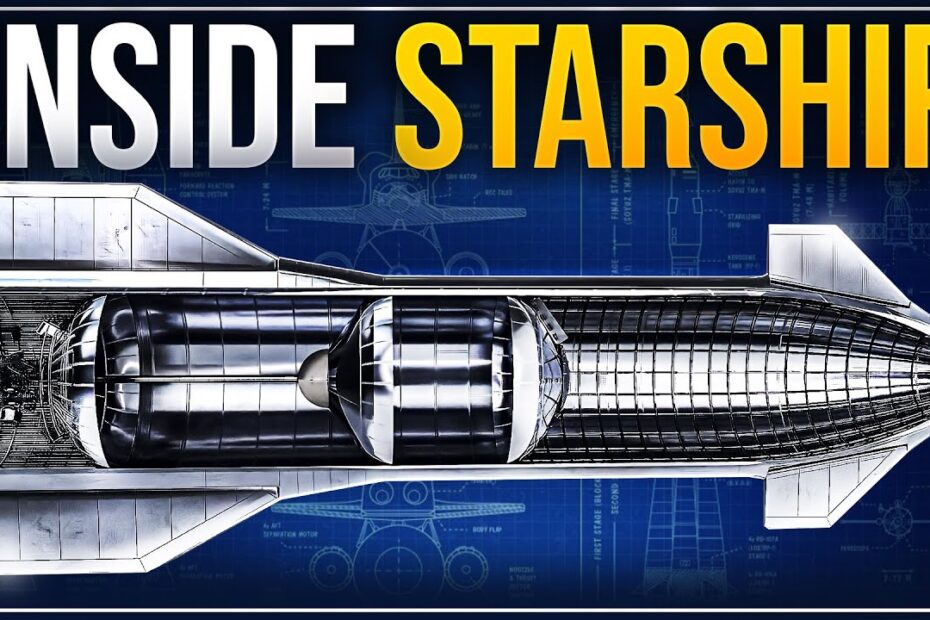 You must have seen the launch of Elon Musk’s Crazy Spaceship which is popularly known as Starship but have you ever wondered what happens inside SpaceX Starship.

What does its interior look like Is it more comfortable than a business class aircraft How sophisticated is its cabin These spacecraft have extraordinary capabilities.

Star Base will be seen with the spectacle of a SpaceX Starship rocket launching from the Kennedy Space Center in Texas or Florida. We only get to see its stainless steel body and hear the roar of the giant rocket as it takes off into space.

Very few people take the time to think about the interior of the starship which is largely responsible for the rocket’s insane capabilities. The incredible skill of the rocket gives us clues about its interior, no doubt a massive machine that cost more than $750 million to build.

The LD is amazing like all the other products Musk has put his hand and mind into Starship, nothing short of exceptional quality, the inside of the spacecraft nothing short of incredible. In September 2019, Elon Musk revealed to the world how the interior of what looks like a 165-foot-tall starship.

Following the presentation of the first prototype of the 100-passenger spacecraft Starship Mk 1 by the SpaceX founder and CEO, Elon took to his Twitter page, where he posted a 10-second video on Twitter showing the spacecraft’s cargo bay. Well the cargo bay of the spacecraft is 30 feet wide, which translates to about 9 meters.

The cargo bay is designed to carry a payload of up to 100 tonnes, Musk smiled, adding that the Starship would be used to carry some construction materials to Mars that would make it a self-sustaining city on the Red Planet.

Mars currently does not support life which simply means that Elon has a lot to do before the planet becomes habitable. The payload bay will host the storage space of the common areas to the galley and a shelter where people can access solar power.

After sharing a video of a SpaceX prototype where the Sun ejects harmful charged particles into space. The CEO promised a more refined Starship via a tweet writing that the production version will be much more polished than this prototype but will still be fun carrying construction materials to Mars.

Man will also be on transit, as the chief designer of SpaceX Elon. The 40 cabins in a starship used to carry humans should be confirmed by saying that if you really wanted to crowd people there could be five or six people per cabin.

At most we would expect to see two or three people per cabin. And so nominally about a hundred people per flight to Mars. You will agree with me that the journey to Mars will be quite an experience. There will be no settlement with two to three people in a cabin as indicated.

Elon Musk has made it clear in the past that traveling to Mars will be nothing short of dangerous, in fact he has clearly stated that a bunch of people will die during the expected nine-month journey into space. The team at Elon and SpaceX has designed Starship in this way.