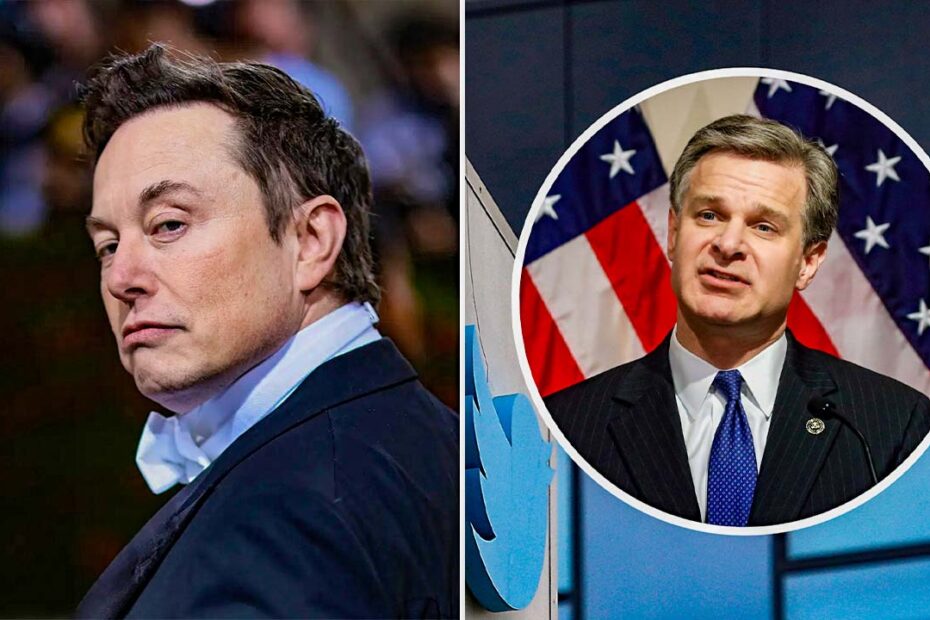 The FBI came under fire Friday after Twitter’s latest files report shared the bureau’s emails on the platform about election misinformation.

Twitter CEO Elon Musk has led the release of a repository of internal Twitter employees’ emails and other forms of company communications in an effort to be more transparent about the platform’s past decisions on monitoring content that goes against its policies.

In “Part Six” of an internal company review posted by journalist Matt Taibbi, past emails from the company revealed occasions when federal law enforcement alerted Twitter employees to accounts believed to be That it is a violation of the platform’s rules to disseminate false election information.

One example was from an email sent on November 5 by the FBI’s National Election Command Post, which included 25 accounts that the department said were being used to “spread misinformation” about the 2022 midterm elections.

Three days later, a Twitter employee responded with a list of accounts that had been either permanently or temporarily suspended for policy violations, including spammy behavior and excessive misinformation attacks.

Screenshots of other emails show similar conversations between federal law enforcement and Twitter in 2020 and 2021. Taibbi also pointed out that officials from the Department of Homeland Security and state government also tweeted to the company.

Federal law agencies have also come under question in Taibbi’s previous “Twitter Files” report. According to screenshots of company Slack messages posted last week, Joel Roth, the former head of Trust and Safety, met with the FBI on a regular basis to discuss efforts to combat misinformation on the platform shortly after the attack on the US Capitol on January 6.

Shortly after Taibbi’s latest report, Representative Matt Gaetz of Florida tweeted that the FBI had a lot to answer for and promised further questioning of his own and GOP members of Congress. Representative Marjorie Taylor Greene of Georgia also thanked Musk for Friday’s report and tweeted that Republicans would take it very seriously.

In a separate post, Green said the FBI’s actions with companies like Meta and Google to monitor misinformation should also be reviewed. Others criticized the FBI for monitoring Twitter instead of preventing other crimes, such as stopping mass shooters when suspects post plans on social media.

The 18-year-old gunman killed 19 children and two teachers at Robb Elementary School in Uvalde, Texas, in May, the Texas Tribune reports.