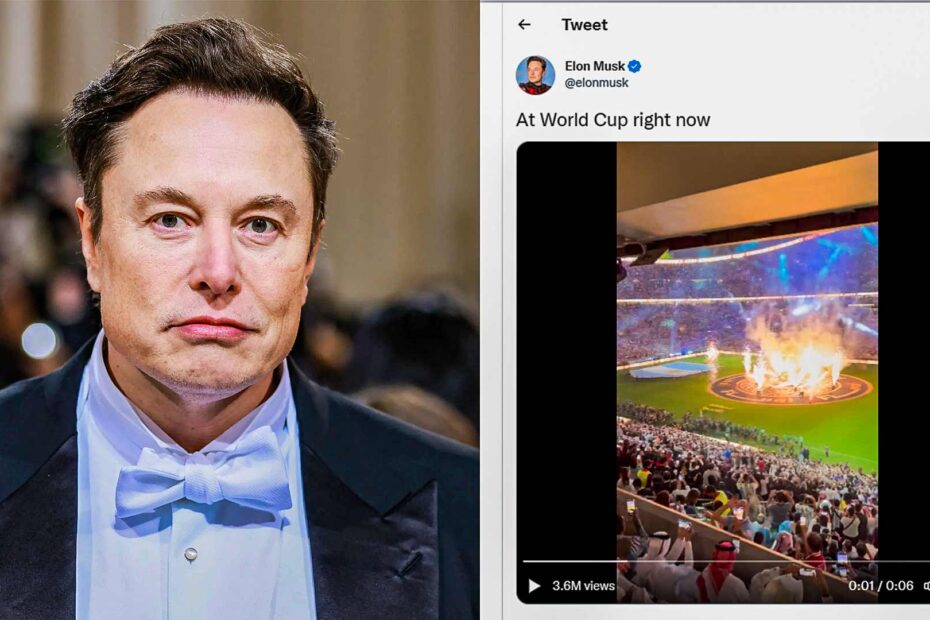 According to Newsweek, Elon Musk has shared a video clip of the FIFA World Cup final between France and Argentina for the biggest prize in football. Twitter’s 51-year-old billionaire owner has faced a variety of controversies in the months since taking over the social media site.

Elon Musk posted a clip of celebration ahead of the soccer final to tell his 121 million followers that it’s the World Cup. In his final World Cup game for the national side, a Lionel Messi-inspired Argentina took on France, seeking to become only the second team to win consecutive World Cups.

Elon Musk recently courted controversy by accusing several journalists of dodging when his private jet was tracked and the information was made public. He tweeted at the time that any account doxing anyone’s real-time location information would be suspended, as it is a physical security breach.

This includes posting links to sites with real-time location information. There is no security issue with the slight delay in the posting of places a person has visited.