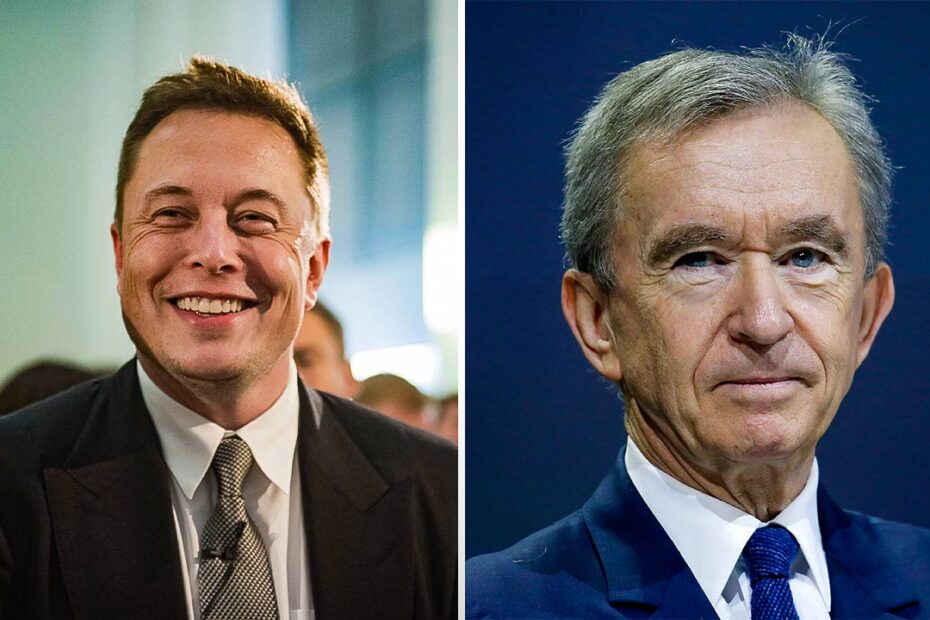 Elon Musk on Wednesday toppled Bernard Arnault, CEO of the French company that owns Louis Vuitton, to top the Forbes billionaires list. The net worth of both the men remained in flux.

Forbes estimated Arnault’s net worth as of Wednesday afternoon at $185.8 billion, while Elon Musk’s was at $185.7 billion. Musk’s wealth has declined by more than $100 billion this year after a sharp drop in Tesla shares, the bulk of his fortune.

Tesla was down about 4% on Wednesday, valuing the EV maker at more than $541 billion. The stock has fallen about 57% since the start of the year. Elon Musk’s $44 billion acquisition of Twitter has also played a role as he sold some of his stake in Tesla to help fund it.

His focus on the social media company has led some investors to question Tesla’s prospects. On Bloomberg’s Billionaires Index, however, the Tesla CEO is still considered the world’s wealthiest person with a net worth of $179 billion. According to Bloomberg, he is about $14 billion richer than the LVMH chief, who has a net worth of $165 billion.

Elon Musk became the richest person in the world last year by overtaking Amazon founder Jeff Bezos. At the time, Elon Musk said he sent Bezos a silver medal to commemorate his victory.

Arnault is the CEO and chairman of LVMH, the Paris-listed conglomerate that has become the world’s largest luxury conglomerate. It owns around 70 fashion and cosmetic brands, including Sephora, Tiffany & Co., Givenchy, Christian Dior, Dom Pérignon and Moët Hennessy, and is worth 358 billion euros ($376 billion).